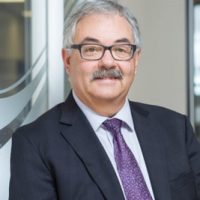 Jerome is an award-winning innovator and experienced executive. He has been a member of teams that have received national awards in innovation and science. As a Director General at the National Research Council, he was a member of a team that was awarded the National Public Service Award of Excellence for contribution in science – the first 100% bio-jet fuel flight in the world.

His extensive network in the science and innovation is based on numerous international collaborations and service on the Boards of prominent science and technology organizations. He was award an Honorary Doctorate from Karunya University in India.
.

Sue has led a chemistry research program on the plant hormone ABA for more than 30 years, first at the National Research Council of Canada in Saskatoon and currently as Adjunct Professor in the Department of Chemistry at the University of Saskatchewan.

She is an author on more than 180 refereed publications and inventor on 6 patents on ABA analogs. She has contributed to understanding the biology of plant hormone action in numerous collaborations, and developed an analytical method for analysis of multiple plant hormones that has found application in many research investigations worldwide.

She was responsible for many years for the analytical labs at NRC Saskatoon, and from 2008-2012, took on positions as Research Director and acting Director General, managing plant biotechnology research programs and platform technologies at the Plant Biotechnology Institute.
Sue has a Ph.D. in Synthetic Organic Chemistry, Dalhousie University, Halifax, NS, and a B.Sc. Chemistry, Carleton University, Ottawa, ON.